Due to the fact that the home has power monitoring at every panel to allow for all the electric devices in the home to be monitored via a PowerHouse Dynamics eMonitor device, we believe that this home has the potential to be the greenest home of its size. In conjunction with the HVAC system which can be controlled to a level of detail that few systems of its type can, this power monitoring ability will allow us to see what parts of the HVAC system are consuming power, and how efficiently each device transfers heat and cooling to / from the home. The hope is that this knowledge will allow us to reprogram the controls to allow for the home to perform operations like opening skylights to allow heat to exhaust, open drapes to allow heat in during the winter, and close them to keep things cool in the summer. Door sensors on windows and doors are programmed to alert the user of inefficient scenarios. The home features 35 zones of distributed audio using luxury ADA amplifiers and BSS Audio pro audio DSP processing (Featuring 2 Blu-160’s, and 8 BLU-BOBS), allowing the entire home to be calibrated if the user so desires. Endless possibilities are available with this configuration, and will allow live perfomances in the music room to be played throughout the home with full audio fidelity including proper delay, frequency compensation and processing in each and every zone. The theater features Platinum series LCR speakers by Triad powered by a Crestron Procise Surround Processor and Amplifier combination. There is nothing this system will not be able to do with any audio signal fed into the system. This design gives the client endless possibilities, which include giving presentations, having live music performances, having karaoke nights, and simply enjoying the highest quality audio available today. In addition to the electronics in the audio system, Casaplex also designed (along with Walter Gagliano) all of the acoustical treatments in the home including custom wood veneered ceiling treatments by Decoustics which transforms the space into a world class listening space. Offering control of up to 224 loads, this lighting system puts the ability to control all loads at once at the clients fingertip. Light sensors are incorporated which will allow for dimming of the lighting loads as sunlight enters the space, and will bring the lights up as sunlight disappears. Motion sensors allow rooms to automatically illuminate and automatically turn off when rooms are no longer in use. The security alarm motion sensors can also be incorporated into these motion sensing sequences. The interface also allows users to read about certain fixtures, determine what type of bulbs are needed for replacement, and the system was designed in such a way that the system can automatically detect (and notify ) the homeowner when certain bulbs are burnt out. In the future this feature set will be programmed to automatically order the correct bulbs, allowing for the ultimate in convenience and efficiency. 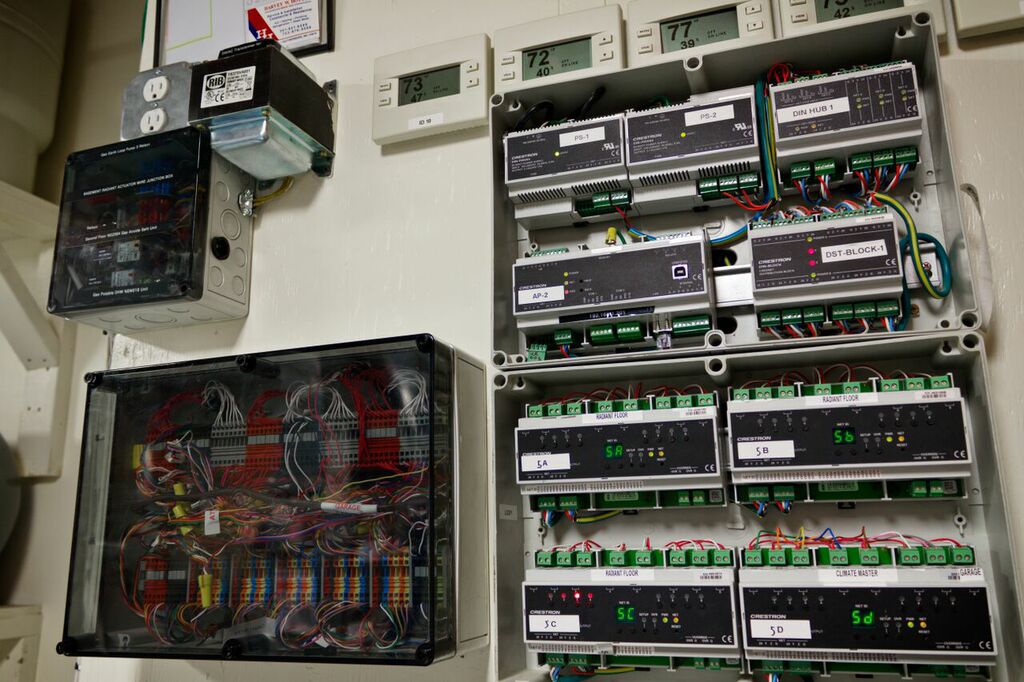 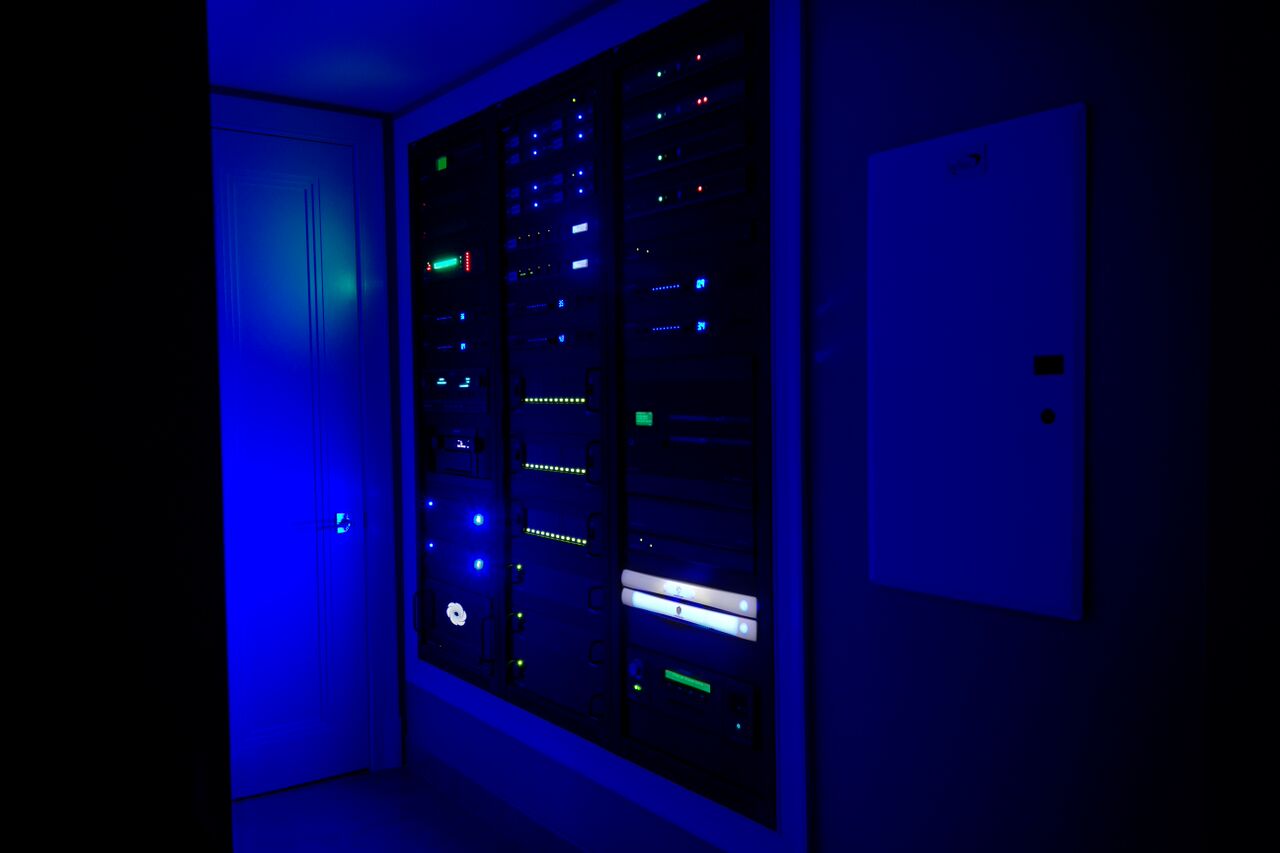 The current home is prewired in 16 locations with CRESFIBER and dedicated centralized power for each display. These fibers will be switched by a DM16x16 switcher which will allow for viewing of various custom designed interfaces from any display in the home. Currently the displays which are complete are a custom display mounted behind a two way mirror in the bathroom, a SIM2 Lumis 3D projector, and a Samsung LCD display which is controlled fully by CEC code insertion. Long term the plan is to incorporate a DGE-2 as an input to this DM switcher so that all displays can have interesting custom video manipulations which are triggered by different activities and events. The control of certain displays with CEC codes shows the potential for the simplification of installation in the future, which is one promise of the fully digital future of the A/V industry. The Charles Residence geothermally heated and cooled HVAC system, which was designed by Harvey Hottel HVAC contractors is controlled entirely by Crestron processing, climate sensing and switching. A dedicated DIN-AP2 processor monitors 22 C2N-RTHS climate sensors throughout the home. These temperature and humidity readings are aggregated by the DIN-AP2 processor and custom logic has been written to control temperature on the various floors and rooms by a series of DIN rail switches. The outputs of these Crestron DIN-8SW8’s directly switch on and off various HVAC devices, including radiant floor valves, pumps, motors, air handlers, humidifiers, dehumidifiers, air recovery ventilators and exhaust fans. The inspiration behind the design was to control the entire array of HVAC components centrally, eliminating thermostats throughout the home, and allowing future interplay between the HVAC system and other non-HVAC components such as skylights, drapes, power monitors, and RSS feeds/external data analysis systems to make the HVAC system as efficient as possible, and allow it to ‘learn’ from past environmental scenarios. Interesting and new visuals were incorporated which include a floorplan view of all the radiant floor loops in the floors so that the user can see which loops are currently active, and what areas they cover. We are proud to have been involved with what we believe is a climate control system of the future: one which takes more than just temperature and air handlers into consideration. Installation and programming of this system required full mastery of all of the climate control systems.